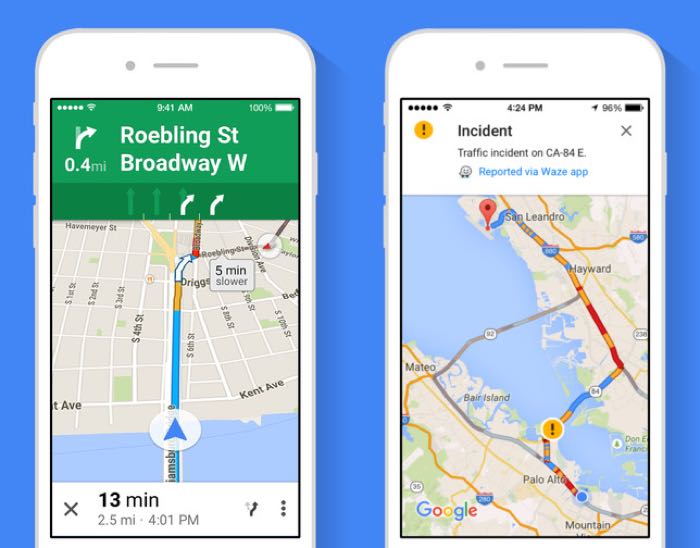 Google has released a new version of Google Maps for the iPhone, iPad and iPod Touch and the latest version comes with an interesting feature.

Now when you are using Google Maps for navigation the app will give you spoken traffic alerts during your journey and let you know about possible delays, incidents and congestion.

This sounds like a really useful feature and you will get the traffic alerts whilst you are driving and also before you start your journey.

The app is available as a free download from iTunes and will work with the iPhone, iPad and iPod Touch running iOS 7, you can find out more details over at iTunes.