Google has updated it Google Maps for Android, and added in a couple of new features. Google has added cycling routes, which it previously added to its web based version of Google Maps.

In the Android version of Google Maps there is a new cycling layer which will show dedicated cycling routes and roads with bike lanes, just liked the web based version. 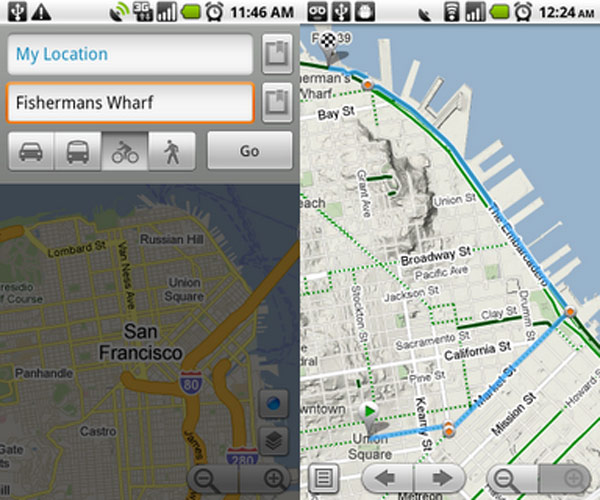 Another feature that has been added to Google Maps for Android is a new location sharing feature, that will let you share you location with anyone on your contact list via email or text, and you can also update them on your location via Facebook or Twitter.

If you want to use the new Google Maps for Android, you will need version 1.6 of Android or above. Have a look and our article on Android vs iPhone to see which smartphone and mobile platform is best for you.