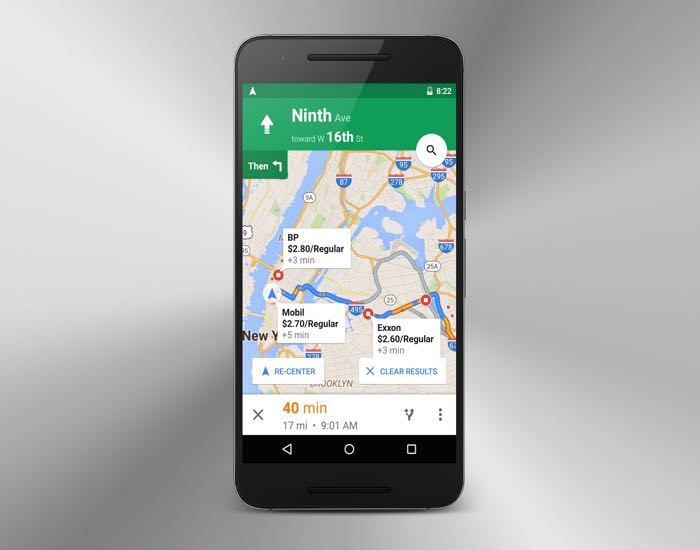 Google has released a new version of their Google Maps apps, the update brings some new features to Google’s mapping software.

The new version of Google Maps will show you gas prices and it will, show which gas station is the cheapest in your route, they have also added in a new feature that lets you add detours to your route.

You’re running late for an interview, but that little gas light on your dash has been on… for well… too long. You reroute Google Maps to the nearest gas station and start to fill up—and that’s when you notice the gas across the street is 25 cents cheaper. When you finally close the tank, re-type the original address into your phone and get on the road again, you’re short 15 minutes and $5.

Over the next few weeks, we’re rolling out an update to Google Maps on Android that will make your next gas stop more convenient and affordable. Now you can check out gas prices and add detours to your route, without having to exit out of navigation.

You can find out more details about the latest Maps app from Google for Android at the link below, these new features will apparently be added in the next few weeks.