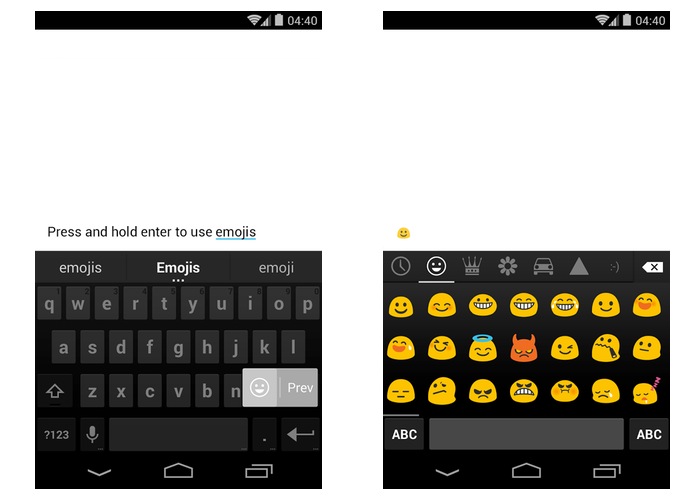 Google has released a new Google Keyboard update this week as version 3.1.19633, which brings with it a number of tweaks, enhancements and a number of new features for users to enjoy.

One such feature is the newly added support for spoken emojis that now allows users to select the emoji of their choice by simply using keywords such as “sad face, smily face” or similar.

Other updates in this version of Google Keyboard include improved suggestions and corrections using data from Google apps and services, the removal of the long-press delay adjustment, the addition of keypress popup animations as well as the implementation of various bug fixes and stability improvements.

As with most updates released by Google the new Google Keyboard version will roll out in stages around the world. However there is a APK available for you to download and install manually if you just can’t wait for it to automatically roll-out to your Android device.