Google has invested $168 million in a solar power plant which is being developed by BrightSource Energy in the Mojave Desert in California, and according to Google the plant will generate 392 gross MW of solar energy, which is the equivalent to taking more than 90,000 cars off the road over the lifetime of the plant.

The new solar plant uses power towers, which use a field of mirros called heliostats, these mirrors then concentrate the suns energy onto a solar receiver on top of a tower. 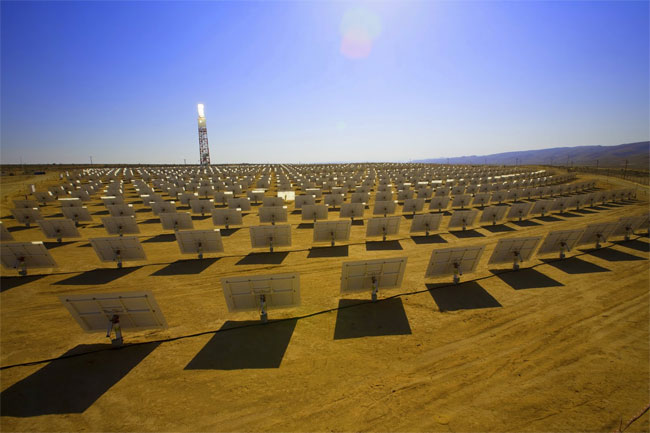 The solar receiver generates steam, which then spins a traditional turbine and generator to make electricity. Power towers are very efficient because all those mirrors focus a tremendous amount of solar energy onto a small area to produce steam at high pressure and temperature (up to 1000 degrees F).

You can find out more details about this new solar power plant over at the Google Blog.