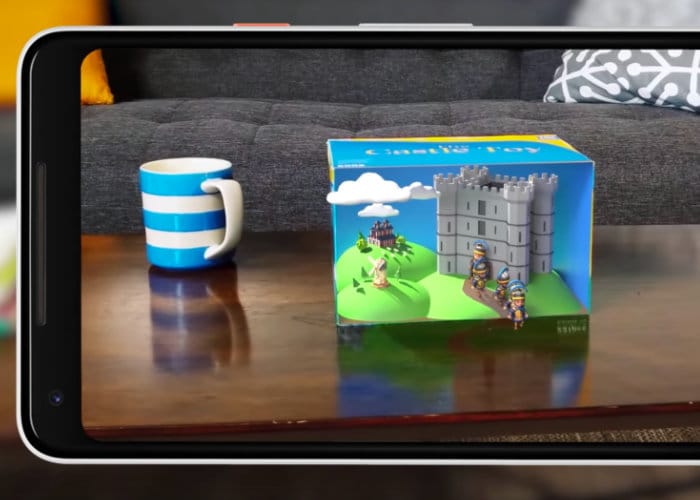 At the Google I/O developer conference this week, Google has introduced its new augmented reality experience which is capable of adding shared any other experiences to the Android platform which can also be enjoyed by iOS users, thanks to ‘Cloud Anchors’ in ARCore.

ARCore, Google’s platform for building augmented reality (AR) experiences, launched just three months ago and Google are already announcing updates to the development environment to help users see the “world in a whole new way”. “For example, with Human Anatomy you can visualize and learn about the intricacies of the nervous system in 3D. Magic Plan lets you create a floor plan for your next remodel just by walking around the house. And Jenga AR lets you stack blocks on your dining room table with no cleanup needed after your tower collapses.”

Google introduced a new capability called Cloud Anchors that will enable new types of collaborative augmented reality experiences. Google use examples such as redecorating your home, playing games and painting a community mural all of which can be completed with help from your friends across both Android and iOS devices. Check out the video below to learn more about the new collaborative AR technology technology.

Also with Sceneform, Java developers can now build immersive, 3DApplications without having to learn complicated APIs such as OpenGL, and are capable of building AR applications from scratch as well as adding augmented reality features to existing applications all highly optimised for mobile platforms.