Recently, Google released an update to the Google+ Hangouts application that brings a few bug fixes and enhancements, updating it to version 2.0.2. The latest update brought a few fixes that appeared to be costly for a bunch of Hangouts users. The latest Google Hangouts v2.0.2 gives users the ability to turn of group MMS from the Settings when sending a SMS to multiple people. Additionally, the update brought fixes while sending and receiving MMS on the device. 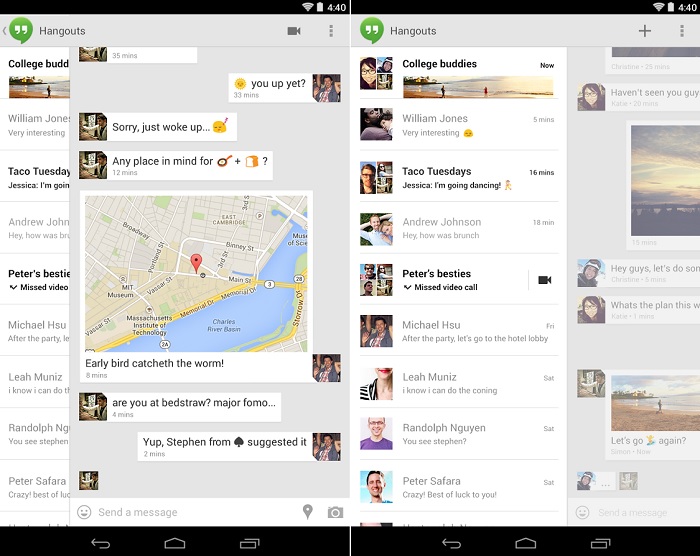 Not too long ago, Google introduced SMS/MMS integration within the Hangouts application, replacing the default SMS application with it in the latest Android 4.4 KitKat and Google Nexus 5. This could be a disturbing change for a bunch of users who were used to the SMS application. Previously, it seems that whenever a user sent an SMS to multiple people, it would turn it into an MMS, which is obviously costly compared to the normal SMS. It became worse as there’s no way users could disable it until the most recent update. But, thankfully, Google has fixed the issue and users can now disable MMS from the Settings.

You can download the updated Google Hangouts from the Google Play Store.