Google has celebrated Halloween today by creating a fantastic real life Google Doodle using over 1,000 lb pumpkins, with the largest some 1,298 pounds in weight. Each pumpkin has been carved by hand and features some ghoul faces spelling out the Google name.  After the jump watch a time-lapsed video of the artists carving the Google Doodle. 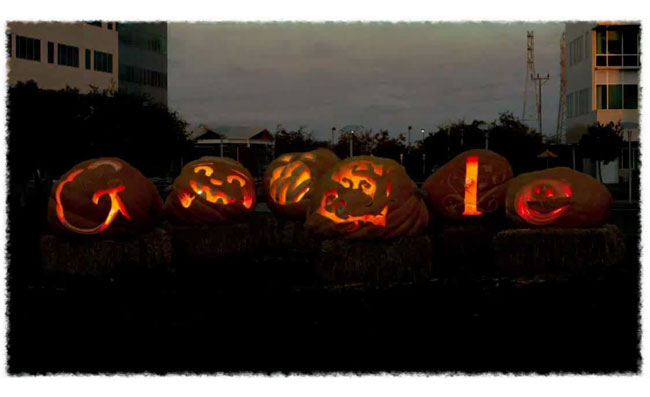 Doodler Sophia Foster-Dimino explains that she and her fellow scribblers got a hold of half a dozen pumpkins from Half Moon Bay, Calif., and spent 8 hours carving them in nearby Mountain View.

All-Hallows-Even (“evening”) is the “night” before All Hallows Day. It is based on very old Irish traditions and folklore. Halloween is not only popular in the U.S., but since the 1980s also in some countries in Europe. A typical symbol is the carved pumpkin called “Jack O’Lanterns”.