Google recently announced their new cloud music service, Music Beta by Google, and now it looks like they have started sending out invites to the service, which is by invitation only to owners of the Motorola Xoom.

Music Beta by Google will let you stream your tracks to Android tablets and smartphones, and also any computer via the web, the service is being tested in the US at the moment, and attendees of Google I/O received invites and now it looks like Motorola Xoom owners are next. 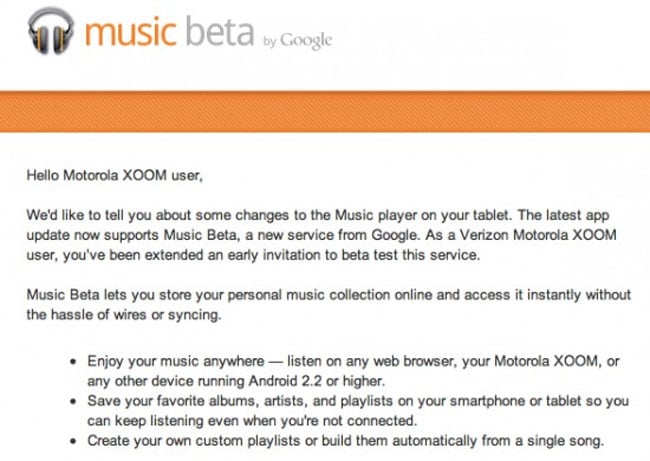