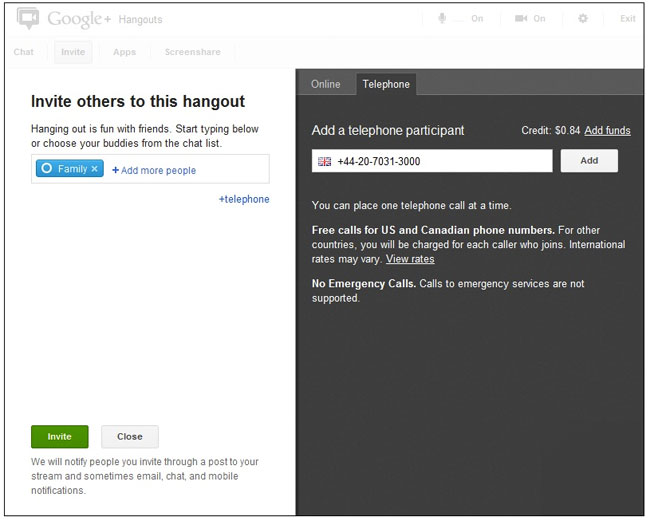 To use the new service which enables outgoing call only. Click the “Invite” button in Hangouts, then the “+telephone” link. After entering the number, hit “add.” Once a conversation is initiated the Google Voice platform is used to make the connection and powers the communications.

The Google+ Hangout outbound calling has been an experimental feature for some time, but has now bee rolled out to all users by Google to use. Calls to phone numbers in the U.S. and Canada are free, but you can also buy credit to dial out to international lines via Google Voice.