Google has officially announced its electronic book store, which is called the Google ebookstore instead of Google Editions which was the previously rumored name.

Google eBooks are available from the Google ebookstore in the US, and Google has announced that they have more than three million titles available in their electronic book store. 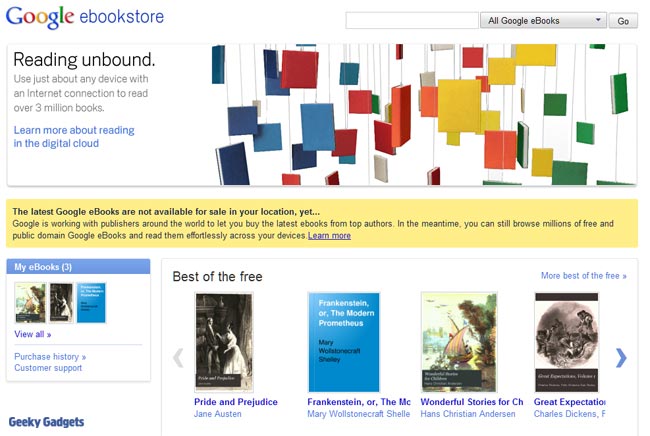 According to Google, their eBooks are compatible with a wide range of devices, including the majority of smartphones, tablets, e-readers and netbooks.

Google are also launching free applications for both Android and Apple iOS devices, and the apps are already available in both the Android marketplace and the Apple App Store.

You can find out full details of the Google ebookstore over at the Google Blog.