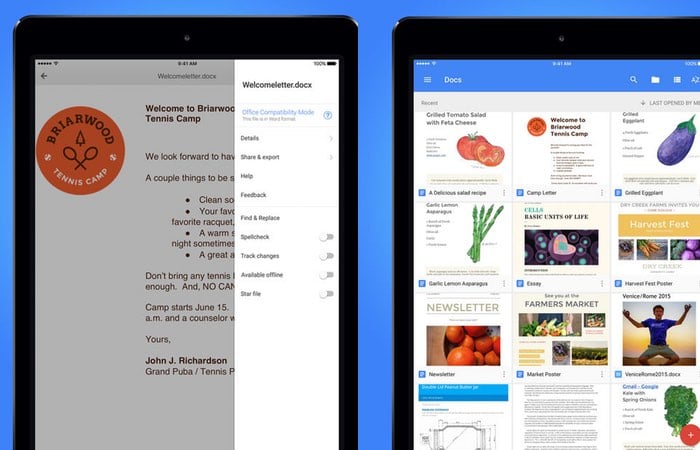 Apple iPad owners that use Google Docs on a regular basis, can now enjoy using iPad multitasking with iOS versions of the Docs, Slides and Sheets applications, thanks to a new update which has been rolled out by Google.

As well as adding the new iPad multitasking support Google has also added a number of obligatory bug fixes, performance enhancements and tweaks to improve user experience across the range of Google iOS Doc applications.

All three apps now support iOS 9’s Slide Over features enabling users to briefly swipe in another app for small tasks, although only one app can be controlled at a time. While Split View allows user to access two apps and run them side-by-side on more recent Apple hardware such as the iPad Air 2, iPad mini 4, and 9.7- and 12.9-inch iPad Pro systems.

The latest multitasking iPad iOS versions of the Google Docs applications are now available to download for free via the iTunes App Store and are available to install on Apple iPad devices running iOS 8 or later.