Google’s Chrome browser is finally looking as though it’s going to take the position as the world’s most popular browser. After a steady climb since its launch by Google, back in September 2008 as a beta version for Microsoft Windows.

Google Chrome browser has now moved into the top browser position toppling Internet Explorer from the position its held for many years, according to statistics unveiled by Statcounter. 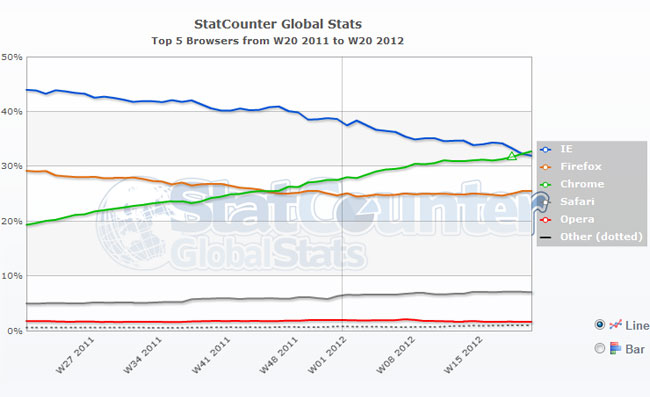 Statcounter first revealed Chrome to be ahead for just one day, back on March 18th, and the month of May 2012 could be set to now become the month that Chrome topples IE from its top spot.

As you can see by the graph above if Chrome doesn’t take the top slot in May it sure to sooner rather than later. Thanks to its fast browsing speeds, extensions and availability in many different languages.