Tech Crunch are reporting that Google has purchased social games developer Slide, who make a range of games and applications for social networking sites like Facebook and MySpace.

We have heard previously that Google invested $100 million in social gaming site Zynga who makes popular games like Farmville for Facebook. 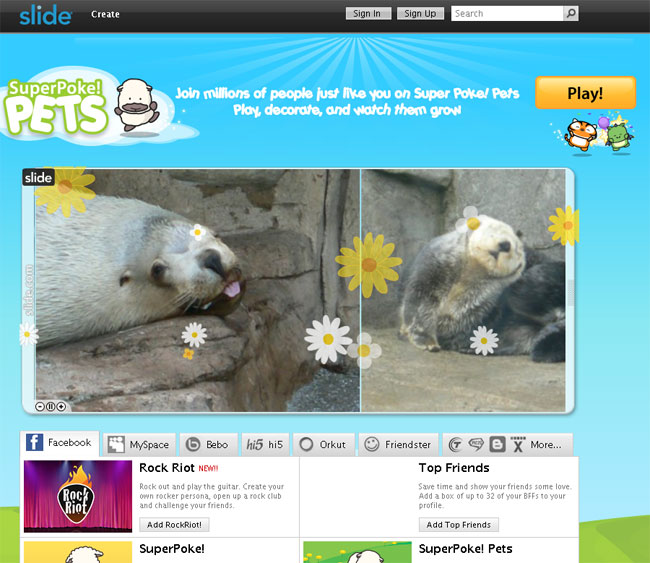 Both Google and Slide have yet to confirm the deal, although Tech Crunch have said that Google paid around $182 million for Slide. Google are obviously moving their strategy to take on Facebook forward, and obviously see social gaming as a very important part of their strategy.

It will be interesting to see what Google come up with, and whether it will be good enough to rival Facebook or if it will go the way of Google Wave.