Google Gmail users who have enjoyed using the video chat feature embedded in Gmail which was first added by Google back in 2008, will be pleased to learn that Google has this week rolled out a new update for their Gmail video chat service. 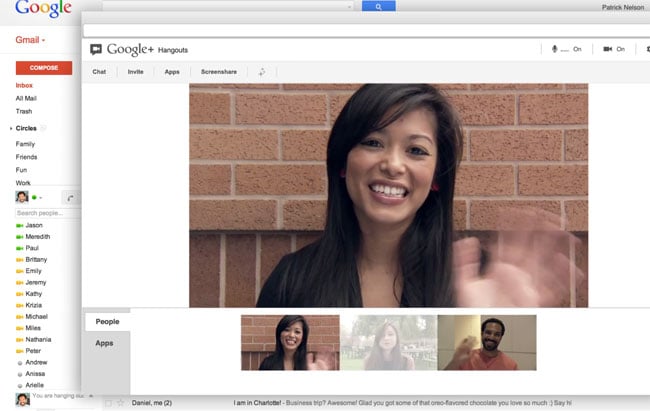 Using Google+ Hangouts from within Gmail provides users with high reliability and enhanced video quality, together with the ability to reach contacts who are logged into Google+ on their iOS or Android devices.

The addition of Google+ Hangouts to Gmail also provides the same features as if you are connecting to users via Google+. Allowing you to connect to up to 9 people at once and share YouTube videos as well as share and collaborate using Google Docs.

For more information on the new Google+ Hangouts in addition within Google Gmail watch the video below, or jump over to Google Gmail Blog post.