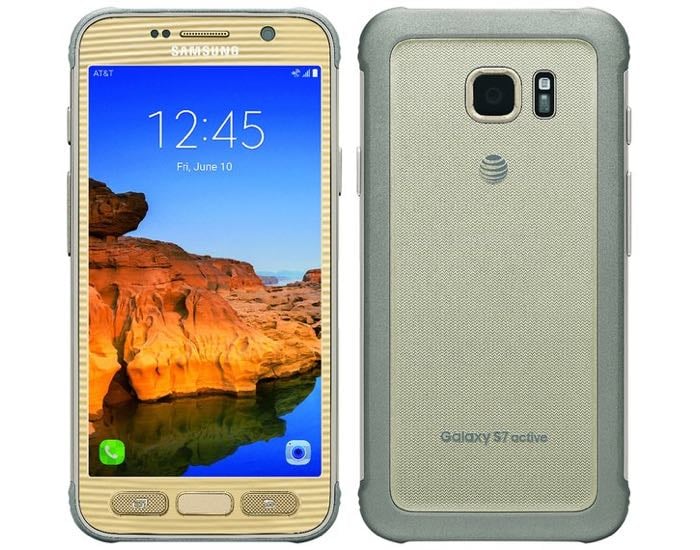 We previously saw some leaked photos of a green version of the new Samsung Galaxy S7 Active and now we have another photo, this time of a gold version of the handset.

The photo of the gold Samsung Galaxy S7 Active was posted on Twitter by Evan Blass and as we can see from the photo it will be coming to AT&T as it has the AT&T branding on the back.

Previous rumors and leaks have suggested that the device will come with a 5.5 inch display with a Quad HD resolution of 2560 x 1440 pixels. The handset is rumored to be powered by a Snapdragon 820 processor and it will also come with 4GB of RAM and 32GB of storage, plus a microSD card slot for extra storage.

Other rumored specifications on the device include a 5 megapixel front facing camera for video calls and a 12 megapixel rear camera for videos and photos and connectivity will be provided by WiFi, Bluetooth and 4G LTE, the device will come with Android 6.01.1 Marshmallow.