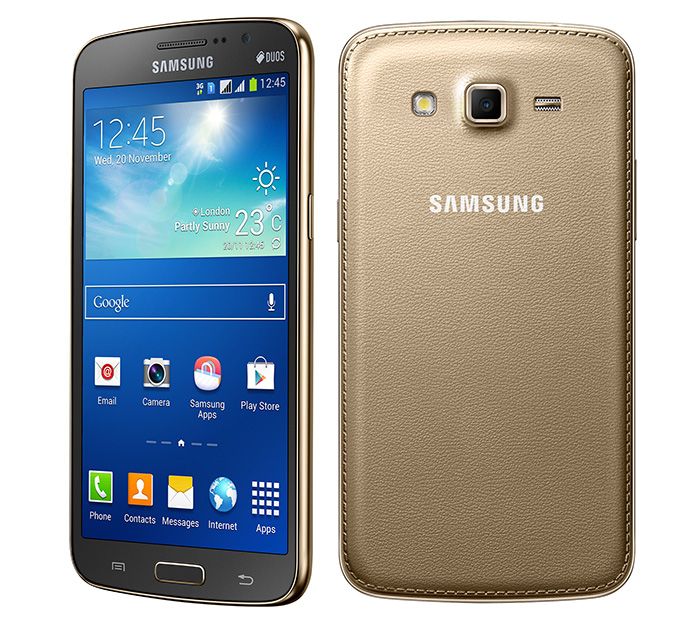 It looks like Samsung is getting ready to launch a new color option for the Samsung Galaxy Grand 2 smartphone, as a gold version of the handset has appeared on Samsung’s website in India.

The gold Samsung Galaxy Grand 2 is listed as out of stock on the Samsung store in India, although it looks like the handset could go on sale soon, the specifications on the handset are the same.

As a reminder, the Samsung Galaxy Grand 2 comes with a 5.25 inch HD display with a resolution of 1280 x 720 pixels, the device comes with a quad core 1.2GHz processor and 1.5GB of RAM, the device also features 8GB of included storage.

Other specifications on the Galaxy Grand 2 include a microSD card slot which can take up to 64GB cards, plus front and rear facing cameras. The front camera is a 1.9 megapixel model, the rear camera is an 8 megapixel model.

When the Samsung Galaxy Grand 2 was launched it was made available in two colors, black and white, as yet there are no details on exactly when the gold version of the device will go on sale.