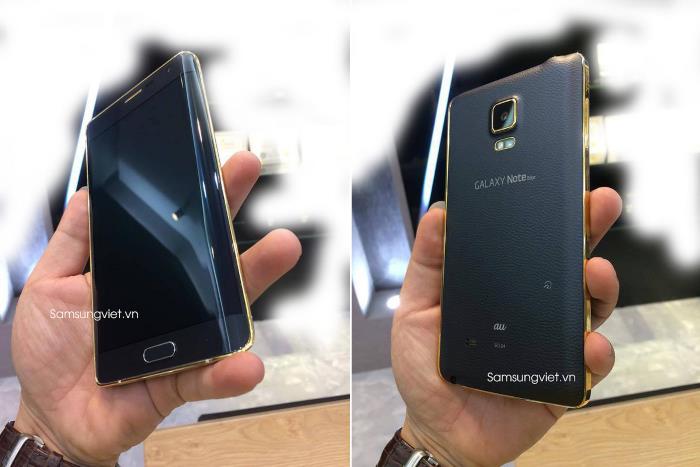 If the standard Samsung Galaxy Note Edge is not your thing, and have some extra cash to spend, a gold-plated version of the handset has popped up in Vietnam.

The images show a gold-plated version of the handset most on the metallic sides and the area around the camera lens, and home button of the smartphone. However, it’s not officially announced at the moment.

Also, it’s not done by Samsung, but a third-party shop so you could expect to carry a heavier price tag than the standard version. There’s no word about the pricing either, but you shouldn’t expect it to be anything lower than $2,000, plus you may have to pay the import fees and customs if you decide to get it imported from Vietnam.

As for the internals, it shouldn’t be different, carrying a 5.6-inch display, a quad-core Snapdragon 805 processor clocked at 2.7GHz paired with 3GB of RAM and 32GB of internal storage coupled with a microSD card slot. The handset also comes with a 16MP camera for photos and videos, as well as a 3,000 mAH battery and runs Android 4.4.4 KitKat as its operating system.

This is not the first time we’ve seen a gold plated device, every year, flagship devices from several manufacturers are released with gold-plating and a hefty price tag for those who want to look different, and have a whole lot of cash to burn.