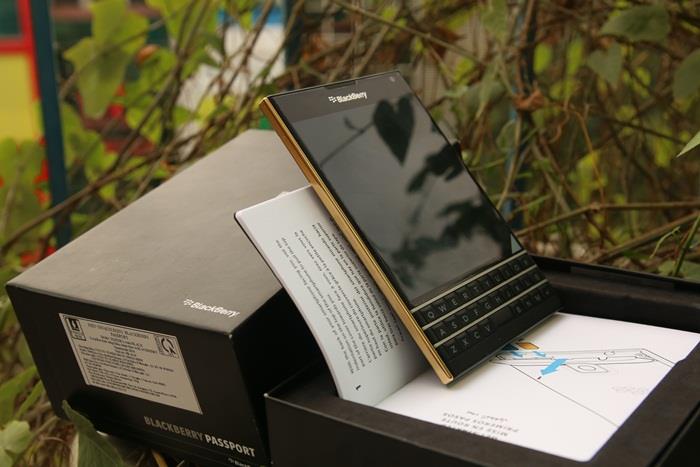 Last month, we saw images of the Blackberry Passport with gold plating, but the details about it we scarce at that time. However, it seems things have changed now.

The images look quite similar to the one we saw a few weeks back, and it could be the original source of those. We can see the the gold plating on the side frame of the device.

The specifications remains the same, there’s a 4.5-inch display boasting a resolution of 1440 by 1440 pixels, and a quad-core Snapdragon 801 SoC, 3GB of RAM and 32GB of internal storage, coupled with a microSD card slot should you ever need more storage. There’s a 13MP camera on the back for photos and videos, as well as a 2MP front facing camera and Blackberry 10.3 as its operating system out of the box.