An earlier incarnation of God of War protagonist and tortured tragic hero Kratos was decidedly less Spartan and a lot more goth. A sketch posted on God of War designer David Jaffe’s personal blog showing the character right before it was revealed to the world depicts a Kratos rocking spiky leather boots and blue tattoos. 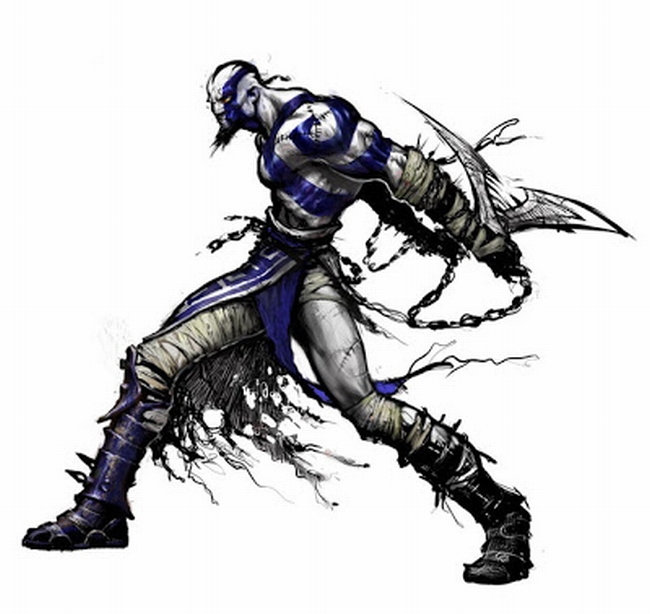 The only thing that forced a very abrupt change resulting in the Kratos we know and love was apparently a very close similarity to Diablo 2’s tattooed barbarian. “I had played Diablo but never 2, and this was sure news to me,” David Jaffe explained. “As it was too clearly to many/all others on the team, as this was the first we’d heard of the character, let alone the similarity.”