Google has updated their Gmail app for Android, and the latest version comes with a couple of bug fixes as well as some new features, although some of the improvements will only apply to Android devices running Android 4.0 ICS and above.

The new Gmail for Android now comes with improved support for 7 inch tablets on devices running ICS and above, there are also some other improvements for all Android devices which you can see below. 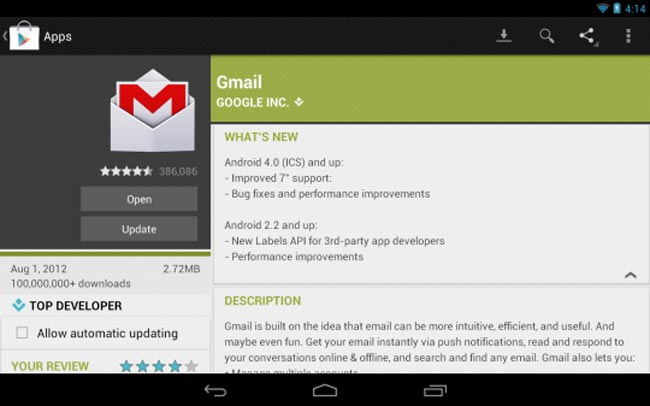 You can download the latest version of Gmail for Android over at the Google Play Store, the app is available as a free download.