The Glove Mouse has been inspired by the scene in Minority Report where Tom Cruise is waving his hands around to control the computer he is working on.

Glove Mouse has been designed by Tony Hyun Kim and Nevada Sanchez at MIT and has already won the school’s George C. Newton Project Prize in 2009. Using a web camera the movements of your hands are then translated into commands. Check out the video after the jump. 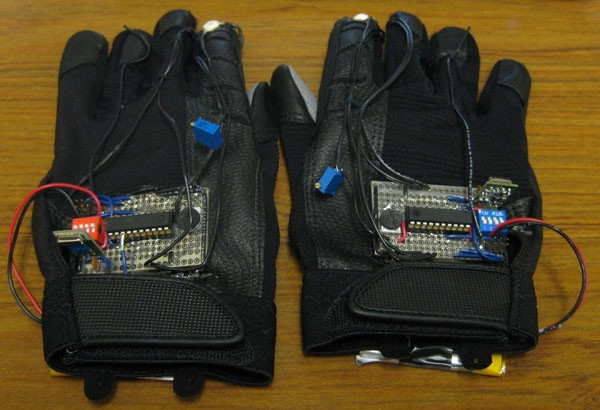 Using LED’s on each index finger and buttons under the index and middle fingers that you press with your thumbs you can navigate your software apps. Until recently the glove mouse was wired to the processing box but now have been untethered and are now wireless. Keep up the great work guys.