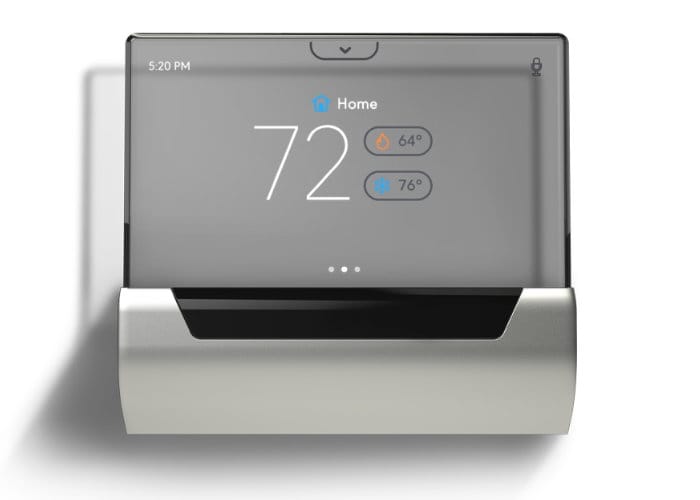 Johnson Controls has this week announced that there $319 GLAS thermostat powered by Microsoft’s Cortana smart assistant, will soon be receiving support for both Amazon Alexa and Google Assistant. The GLAS thermostat is currently available to preorder both from the official Johnson Controls’ website and online retailers such as Amazon with the first deliveries expected to take place later this month from August 24th onwards.

As you would expect the GLAS Thermostat can be controlled using its companion smartphone application which is available for both iOS and Android devices and allows you to tweak the temperature from anywhere directly from your smartphone as well as see data on energy usage, air quality and set smart schedules to fit your lifestyle.

“GLAS provides you with the information you need to help make your home healthier. The smart thermostat monitors relative humidity, total Volatile Organic Compounds (tVOCs), and equivalent CO2 (eCO2) levels indoors. It even reports pollen and air quality outdoors – especially helpful for asthma or allergy sufferers. And with features like fan runtime options, smart circulation, and smart ventilation, you’ll have more control over your air quality than ever before.”

For more information on the GLAS Thermostat and to preorder yours jump over to the Johnson Controls website by following the link below.