if you don’t fancy getting a standard Samsung Galaxy S smartphone, designer Giorgio Armani will sell you an Armani branded version which looks exactly like the AT&T Samsung Captivate.

It seems the Armani branded Samsung Galaxy S costs a fair bit more than the standard versions at around 700 Euros, so what do you get for the extra cash, a Giorgio Armani logo, branding and some fancy packaging. 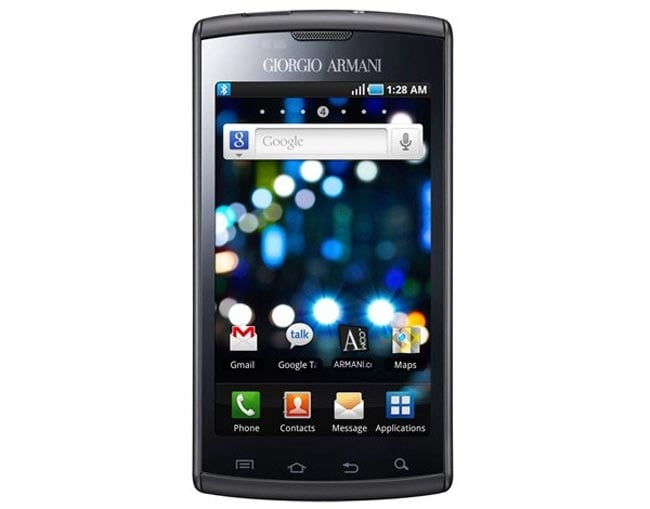 It seems that the Giorgio Armani Galaxy S smartphone is available in Europe at the moment for 700 Euros which works out at around $965.