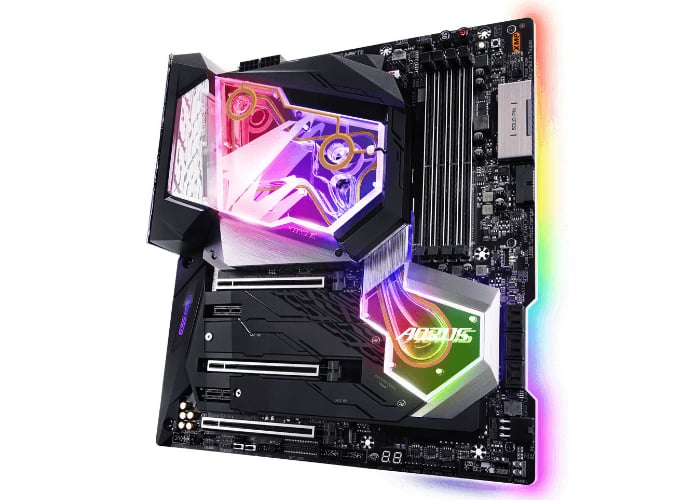 Gigabyte has this week made available a new water-cooled motherboard in the form of the Gigabyte Z390 Aorus Xtreme Waterforce which is now available to purchase priced at $900. Supporting 8th and 9th generation Gen Core i9/i7/i5/i3 processors, Intel Pentium processors, Intel Celeron processors in the LGA1151 package.

The new weatherboard is not backward compatible with older generation of LGA 1151 CPUs. Hilbert Hagedoorn from the Guru 3D website explain is a little more about the new motherboard from Gigabyte. “The motherboard itself basically is the eATX Z390 Aorus Xtreme from Gigabyte which hovers at a 549 euro price marker. So that mono cooling block you see up there adds a 500 euro price premium. Connectors are provided in G1/4 format. The cooling block cools both the processor and VRM, the Aorus Xtreme has 16 phases for the CPU and chipset. The board has configurable RGB lighting and also contains two RGB headers for other equipment. The CPU is powered by two 8-pin power connectors.” 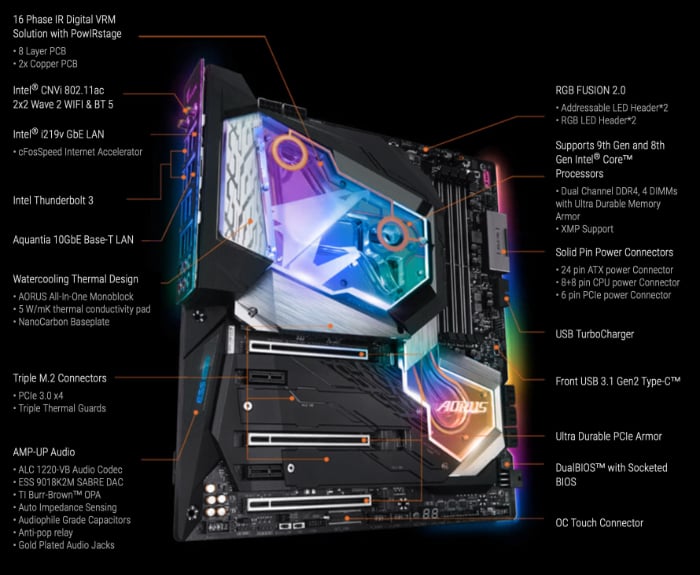 Features and specifications of the new Gigabyte Z390 Aorus Xtreme Waterforce motherboard include :

For more details and full specifications visit the official Gigabyte website by following the link below.