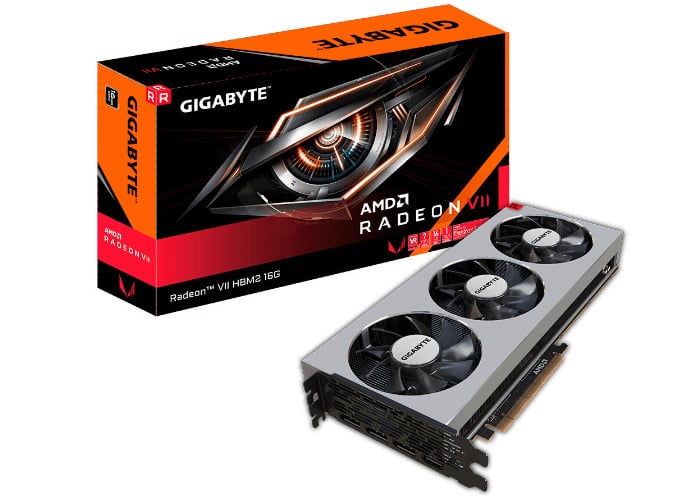 Features and specifications include :

For more details on the Gigabyte Radeon VII graphics card wonderful specifications jump over to the official Gigabyte website by following the link below. Purchasing the Gigabyte Radeon VII HBM2 16G version comes bundled with AMD’s ‘Raise the Game Fully Loaded’ bundle. Which includes PC copies of recently released Resident Evil 2 Remake , Devil May Cry 5 and Tom Clancy’s The Division 2 game launching very soon. For more details on what you can expect from the graphics card check out the Radeon VII  review roundup.