The Hirose-Fukushima Lab at Tokyo Institute of Technology has created a monster robot snake with an on researching how snakes can move forward without the use of legs. Watch the video after the jump to see how it performs. 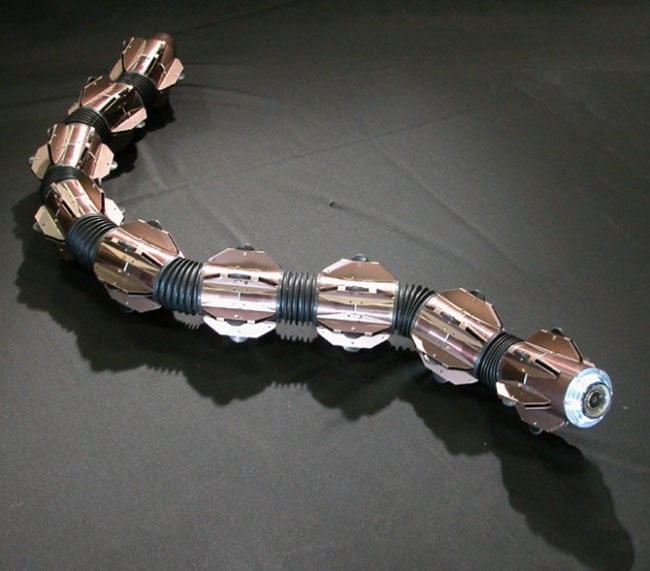 The ACM-R5 robot snake and been designed to move just like a real snake both in and out of water. Each one of the eight joints along its body has its own controlling CPU, motor and battery to allow them to work independently from each other.

This robot snake moves by twisting its body and mimicking a real snake, using the same motion both on land and in the water.

The robot snakes body is covered by passive wheels and paddles to provide the propulsive force to twist the body, allowing the snake to move in a direction tangential to the body, but not in a perpendicular direction.

This robot snake can be viewed at the Bio-Mimicry in Robots exhibition at the Science Museum in Tokyo, until August 22.