Microsoft recently launched their new Surface 2 and Surface Pro 2 tablets, and the company is obviously hoping to have a big impact with these new tablets in the UK.

Microsoft has put up a giant Microsoft Surface 2 tablet in London, the tablet was snapped by The Verge and it features a massive 383 inch display. 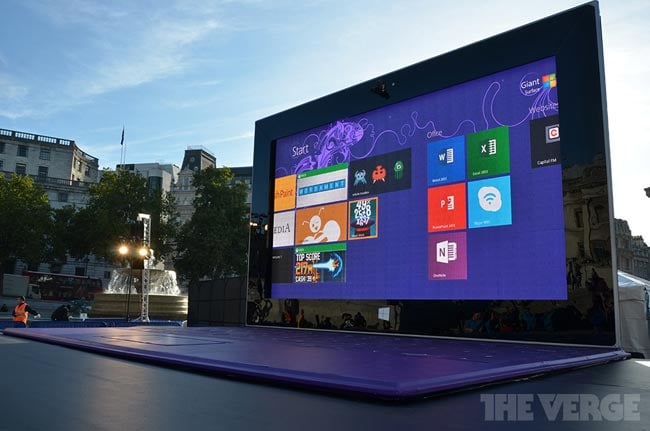 The giant Microsoft Surface 2 tablet has been put up in Trafalgar Square in London, the tablet is 27 feet wide and 17 feet high, and the device actually works.

Microsoft has been letting some school kids in London play with the tablet, you can jump on the giant keys to control the giant Microsoft Surface 2 tablet. 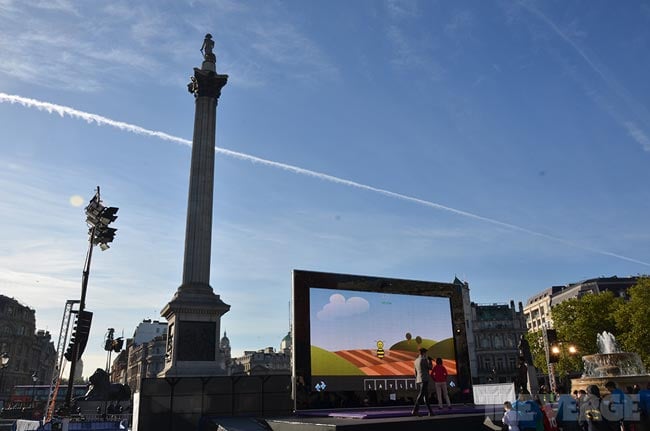 We wonder if this will help Microsoft increase sales of their new Surface 2 tablets in the UK, both versions of the tablet is now available in the UK.