Getac has announced a new rugged tablet called the T800 that runs Windows 8.1 Pro. The new tablet has an 8.1-inch screen in a device that is 9 x 6 inches in size. The tablet is aimed at users in the utility, military, field service, and transportation industries that need a tablet that can survive the weather and outdoors and is usable. 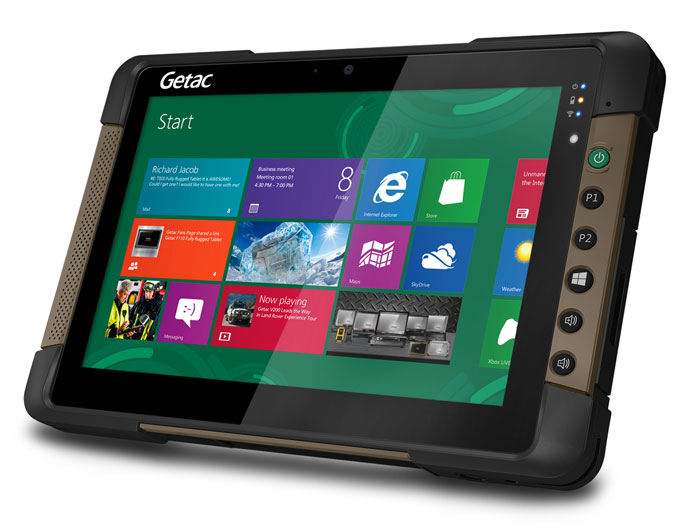 The 8.1-inch screen uses Lumibond technology for better color and contrast while being easy to read in sunlight. The touch panel, and LCD are bound to the display glass. Getac also offers several SnapBack Add-ons that allow the tablet to be extended. The add-ons include a battery, smartcard reader, RFID reader, and others.

The processor inside the tablet is an Intel N3530 unit running at 2.16GHz. With turbo tech, the processor can reach speeds up to 2.58GHz. Power comes from an internal rechargeable battery good for up to eight hours of use. With the add on battery packs, the tablet can run as long as you need it to. The tablet will ship in July for $1599 with the LTE version of the tablet starting in September for $1999.