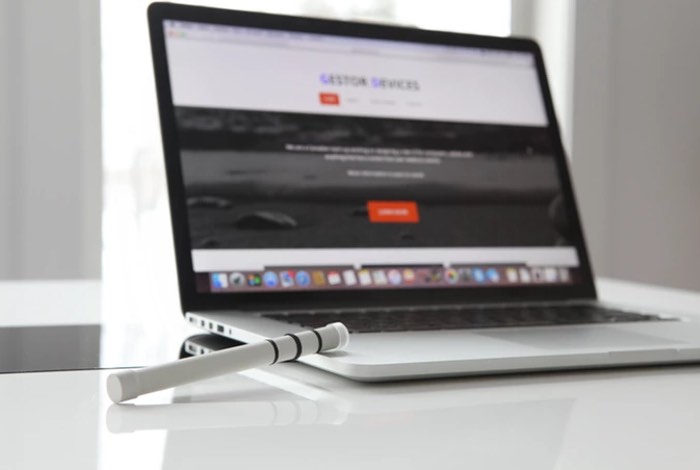 Gestor Devices has created a new air mouse which can also be used as a smart TV scroll and is equipped with touch room buttons for ease-of-use and a simple rotating your hands scrolls content directly on your screen.

The Gestor air computer mouse can be used without the need for any surface and is ideal for making presentations as well as browsing your media library or surfing the web on your large screen TV. 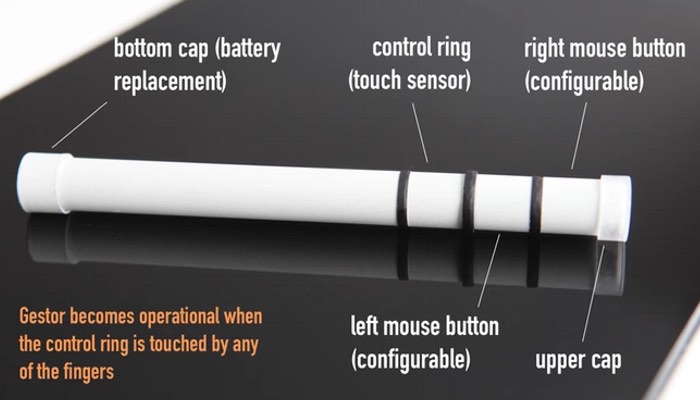 Check out the video below to learn more about this new pocket sized air mouse which is taken to Kickstarter to raise the $55,000 CAD it requires to go into production.

The developers of the Gestor air computer mouse explain a little more about his inspiration design and functionality:

Gestor has three “rings”, that are touch sensitive. The lower ring or control ring (pictured black on the picture above) is the equivalent of “turn on/off” button. When it is touched by any of the fingers, Gestor is awake and operational. When it is not touched, Gestor is asleep.

Basic operation of the Gestor as a mouse – simply touch the lower control ring with your index finger to activate the device, then tilt the Gestor side to side to move from side to side, tilt Gestor up to move up and down to move down. Rotating Gestor enables you to smoothly scroll up and down, or zoom in and out, depending on the application.

When our Gestor goes into such scrolling or rotation mode, the mouse functions are frozen and the cursor is not moving. Ultimately, rotating Gestor can be configured to any action on the computer or specific device it is used with. By default, it is scrolling up and down if you are browsing the Internet or reading a book or a long document. If you are looking at Google maps, rotating Gestor will zoom in and out the map, so it becomes really fun exploring the world.

You don’t need to point Gestor to a screen, just visually align a cursor on the screen with your hand and use Gestor the way most suited for your current body position.

The Gestor air mouse is now available to back via Kickstarter with pledges starting from $55 for early bird backers.