If you thought laser turret where for computer games and science fiction, it might be time to have a re-think. As German scientists have built and unveiled a full operational laser turret. 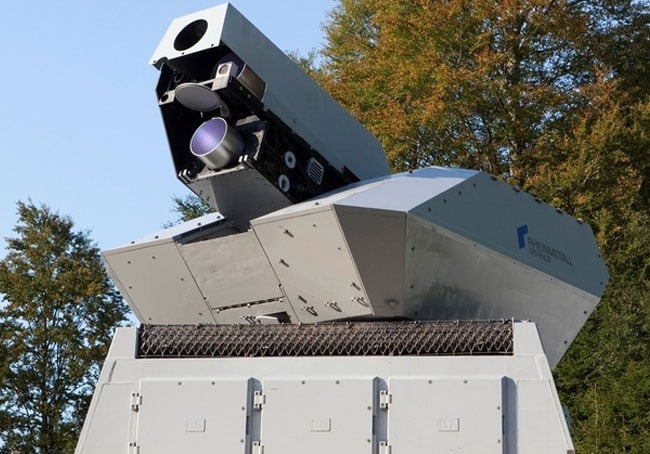 To give you some idea of the turrets power a 50 kilowatts laser beam  is strong enough to burn a hole through a steel girder over a kilometer away, and is not effected by bad weather conditions. Rheinmetall explains that it : “expects a high-energy laser weapon system with an output of 100 kW to be available within the next three to five years.”

Rheinmetall is now contemplating mounting their laser on to a mobile base making it possible to be driven around whilst shooting down drones. The next step will then be Hunter Killer drones and we all know how it ends!