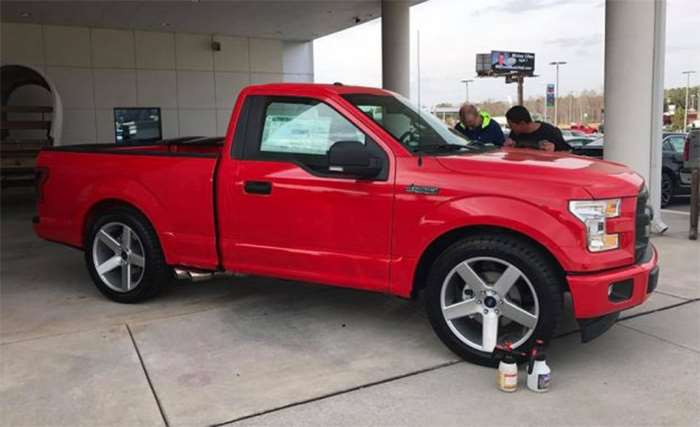 Back in the day Ford made a sports truck called the Lightning and it is still in high demand with collectors. A Ford dealership in Georgia called Pioneer Ford has announced that you can buy a new 2017 Lightning truck directly from it. The truck isn’t a Ford official vehicle, but something that the dealer cooked up.

The truck has a 650 hp supercharged engine under the hood and looks a lot like that original Lightning truck. It’s not cheap at $50,000, but people wanting truck utility and performance to go with it might be interested. Only two trucks were built so far with one of them in red and another in black.

Despite the 650 hp, the truck retains its Ford warranty because the blower used on the 5.0L V8 is a Roush part and the dealership is an authorized Roush installer. So far Pioneer Ford is only making the Lightning tribute trucks on the basic 2-door model because that is how the original truck came. It gets special wheels, tires, and side exhausts. Future upgrades are going to be offered as well.