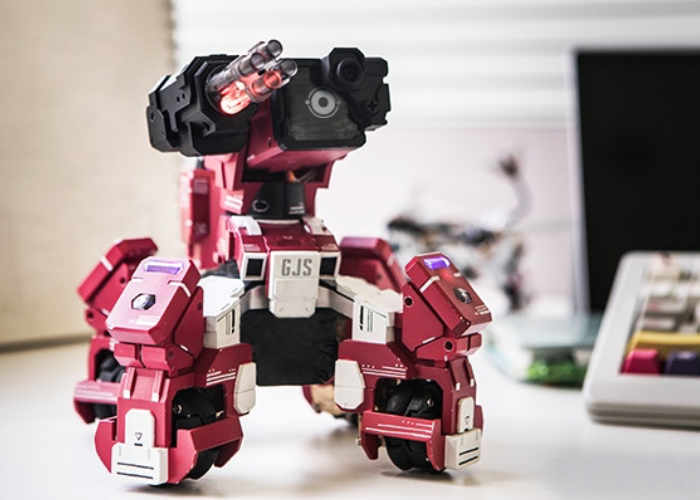 GJS have designed and built awesome battle robots which are equipped with visual recognition and allow you to enjoy first person action, offering a fantastically immersive experience in a virtual war zone that is played out in reality. Watch the demonstration video below to learn more about the GEIO battling robots which have launched via Kickstarter this week and already raise the required pledge goal allowing them to make the jump into manufacture. 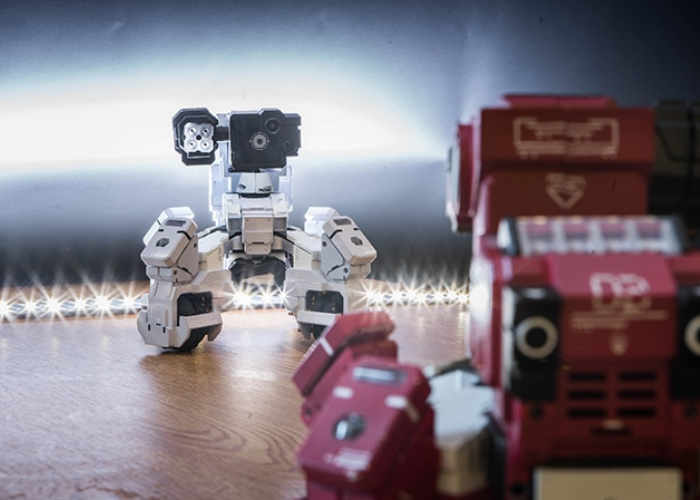 GEIO is engineered to present you the most indulging robotic battle experience, equipped with First Person Shooter (FPS) and Visual Recognition system. The power behind GEIO is attributed to the groundbreaking artificial intelligence (AI) technology. FPS robot battling is the closest thing to being a hero; once the battle begins, you will feel like a warrior without ever leaving your armchair. GEIO links between real and virtual spaces, giving you an incredibly fun out-of-body experience. 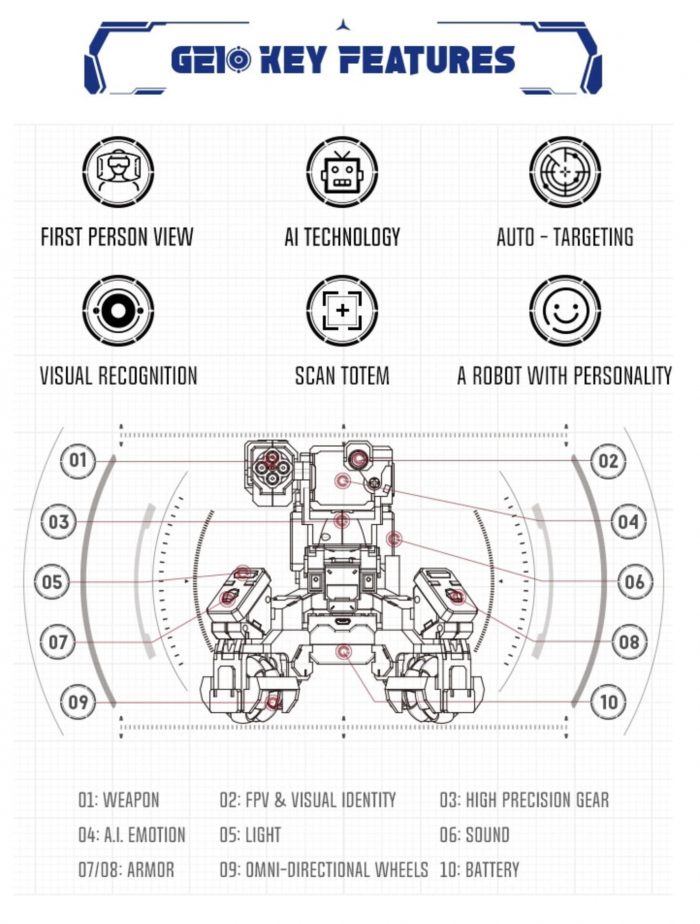 We play games for fun. Players are given different weapons and abilities in each play mode. With auto-tracking and auto-identifying and lots more, such hands-on competency offers players comprehensive battle experience. GEIO was born to create unexpected excitement. You are not just playing to destroy, instead you will have four different modes to choose from. This includes Royal Duel, Attack and Defense, Scavenger Hunt Race, and Speed Race. You can have more fun with more playing modes.

GEIO is now available to back via Kickstarter with early bird pledges starting from just $99 and delivery expected to take place during Feb 2018. For full specifications and more information jump over to the official Kickstarter campaign page via the link below.