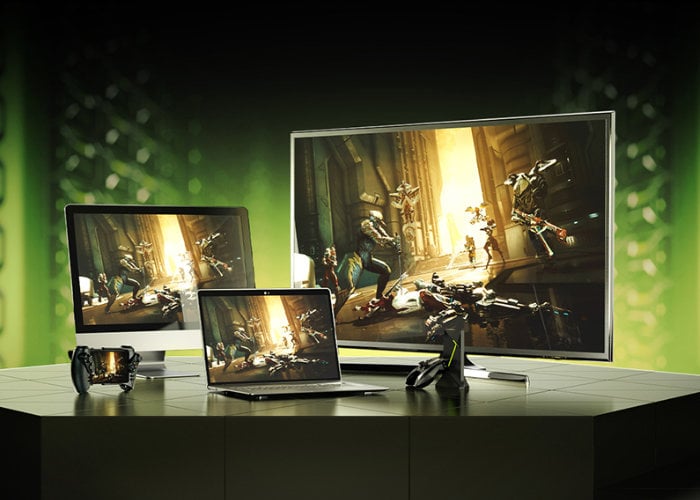 NVIDIA has today announced the launch of its GeForce NOW game streaming service making it available for free for one hour sessions or in the form of a Founders bundle for $4.99 a month offering priority access, extended session lengths, RTX ON as well as a free 90 day introductory period. “GeForce NOW lets you use the cloud to join in. It’s the power to play PC games anywhere, on any device — even the billion devices that aren’t game ready.” says NVIDIA.

The NVIDIA GeForce NOW game streaming service competes with the likes of Google Stadia which launch late last year, but has “GeForce Now quietly killed Google Stadia?”. Jump over to the Eurogamer website for more information and a comparison between the two gaming services. 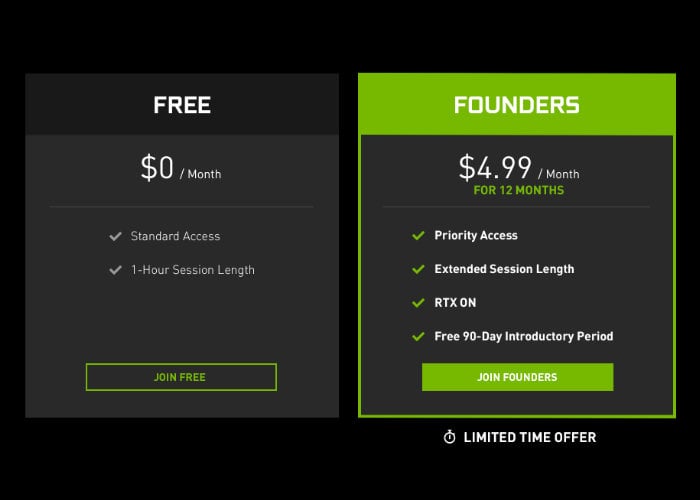 NVIDIA explains a little more about what you can expect from the new game streaming service, previously available to some through the beta development stage. “Just like the PC, GeForce NOW is an open platform. It’s powered by our world-class GPU architecture and uses our Game Ready Drivers for the best performance. And, because these are real PC games, GeForce NOW gives you the precision of keyboard and mouse gaming, as well as optimizations for game controllers.

It’s an opportunity for you to connect to the millions of gamers online and join your friends in your favorite PC communities. Most importantly, it instantly connects you to the games you already own on the digital game stores you own them on, or the latest free-to-play game everyone is playing.

Over 300,000 beta testers have streamed more than 70 million hours of gameplay in 30 countries throughout North America and Europe. GeForce NOW is better because of every second that’s been played. During the beta, over 80 percent of members instantly upgraded from systems without GeForce GPUs to the latest PC graphics.”

System requirements for NVIDIA’s GeForce Now are as stands:

– 15 Mbps internet connection (25 Mbps recommended). A 5 GHz network is preferred if using wireless.
– Any Windows PC running Windows 7 (64-bit) or higher, 4 GB of system memory, a 2.0 GHz dual-core X86 CPU or higher and a GPU that supports DirectX 11.
– Any Mac with macOS 10.10 or higher.
– Any Nvidia Shield TV (2015, 2017, 2019; Base and Pro models).
– Any Android phone running Android 5.0 (L) or higher and 2 GB of system memory.
– A Bluetooth gamepad is strongly recommended, including the Shield controller, Razer Raiju and Junglecat Mobile, or Steelseries Stratus Duo.