It would be heaps of fun to read the feasibility study prepared by the Geely marketing team for the McCar. The concept electric/hybrid is currently on display at the Shanghai Auto Show where its greatest asset—a cute little scooter stored at the back—is being touted in front of a curious multitude. The thing is, unless you parked really far away from the place you intended to go, why bother scooting? 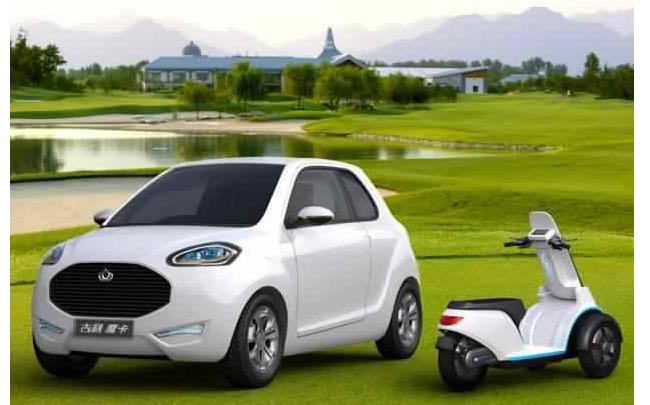 The Geely McCar is a family ride that’s great for city roads and congested areas, which is probably the reason for a scooter at the back. When the car can’t hack it and teleportation is not feasible, then better scoot. The McCar (funny name, right?) is capable of a decent 93 mile range as an electric vehicle while the hybrid variant packs a little more soup but is just as conservative in its performance.

The street date for the McCar is unknown but it’s already a concept that’s been stamped/aproved for production.