A crazy collector of NES games, has managed to collect every single NES game released and has put their amazing collection up for sale on Ebay. 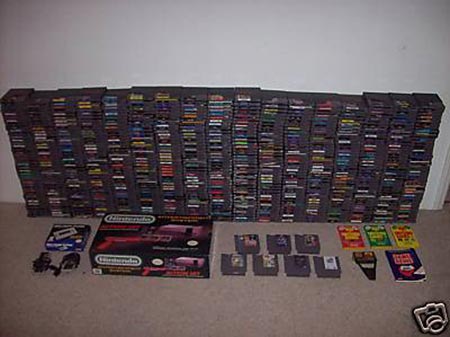 The collection even includes two games which were never released, California Raisins and Final Fantasy 2, the only cartridges which aren’t part of the collection are the limited edition gold catridges.

The seller also has a mint NES for sale with the collection, it must have taken the collector a serious amount of time to get his hands on this impressive collection of NES games.