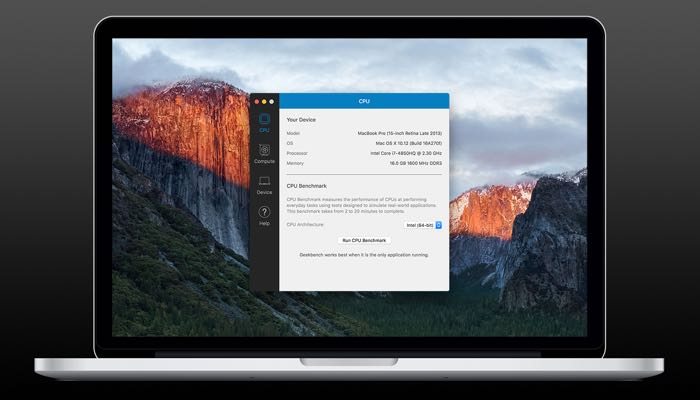 Geekbench 4 introduces several new and updated CPU workloads. These workloads are larger and more ambitious than the workloads in Geekbench 3, and are designed to put more stress on the CPU, its cache, and its memory subsystem.  These updated workloads include several well-known codebases that are used every day on mobile devices, such as LLVM, SQLite, and PDFium. These updated workloads model real-world tasks and applications, and provide an objective measure of the performance of the CPU in your phone or laptop.

Geekbench 4 also introduces new GPU Compute workloads. These workloads measure the computational performance of GPUs. More and more applications use the GPU instead of the CPU for better performance or lower power usage.  Geekbench 4 includes 8 GPU Compute workloads and include tasks such as image processing, computational photography, and computer vision, all of which are a natural fit for highly-parallel GPU architectures.

You can find out more details about the new Geekbench 4 over at the Geekbench website at the link below.