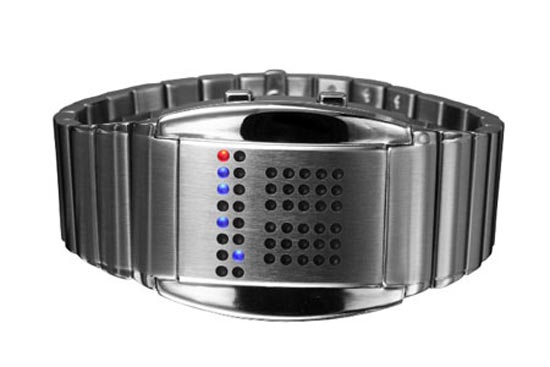 The latest geeky watch from Japanese geek watchmaker Tokyflash is the R75. 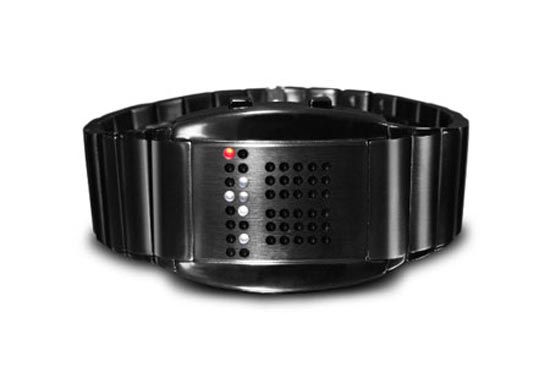 The Tokyoflash R75 displays the hours an minutes in digits, and as usual the time isn’t that easy to read, with a progression of LEDs in 5 minute intervals. 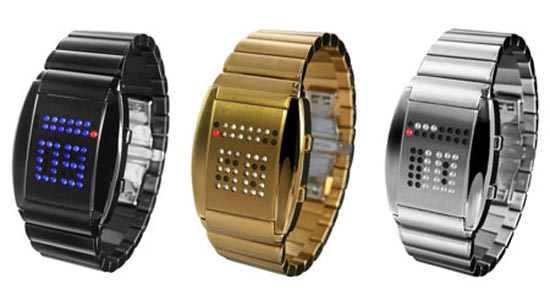 Minute-centric mode displays the exact minutes in digits on the lower display with the upper display representing the progression of hours using twelve LEDs.

Binary is presented on the upper display only. The top line of six LEDs indicate the hour, the second line indicates minutes. To read the time in binary, refer to the example below. Binary is read from the right, the first lit LED representing the number 1. This is then doubled; 2, 4, 8, 16 and 32, a combination of these numbers representing the time in hours and minutes.

The Toky0flash R75 comes in a choice of silver, black or gold and is available for $235 from Tokyoflash.

Geekologie via The Awesomer