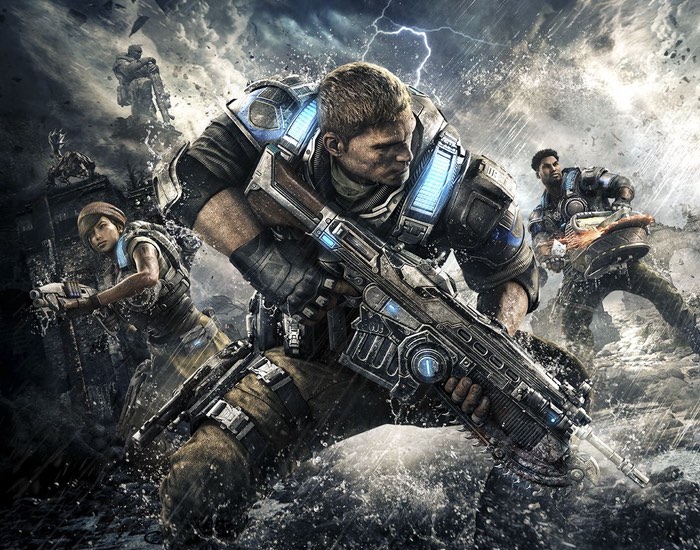 Those of you patiently waiting for the new Gears of War 4 deigned to be launched worldwide as a standard edition, you will be pleased to know that it is now available to purchase directly from the Xbox online store as well as other online retailers.

Those that preorder the Ultimate Gears of War 4 version have already had a few days head start to experience the fourth game in the ongoing series which has been developed by The Coalition exclusively for the Xbox One and PC systems using the Unreal Engine 4.

If you purchase Gears of War 4 for either Xbox One or PC you will be able to enjoy the Xbox Play Anywhere service that allows you to place on the other system for free.

Never Fight Alone: Enjoy two-player co-op campaign with friends locally via split-screen or over Xbox Live. Player 2 can select either Kait or Del. Horde 3.0: Team up with four others and battle wave after wave of increasingly difficult enemies by choosing your combat class, leveling up your skills and deploying fortifications anywhere on the map. Explosive Versus Multiplayer: Compete online in new and favorite game types, all at 60fps on dedicated servers. A new visible ranking system means fairer matchmaking for social, competitive and professional players alike.

It is worth noting that you will require :

Each title works as part of the Xbox One Backward Compatibility program. 32GB of hard drive space required. To qualify, purchase and redeem Gears of War 4 on Xbox Live by December 31 2016. Tokens for download will be sent in waves through Xbox Live in-dash message system within one month of redemption. Must be 17+. Xbox One, broadband internet (ISP fees apply) and Xbox Live membership required. Not available in all markets. See www.GearsofWar.com for the latest information.