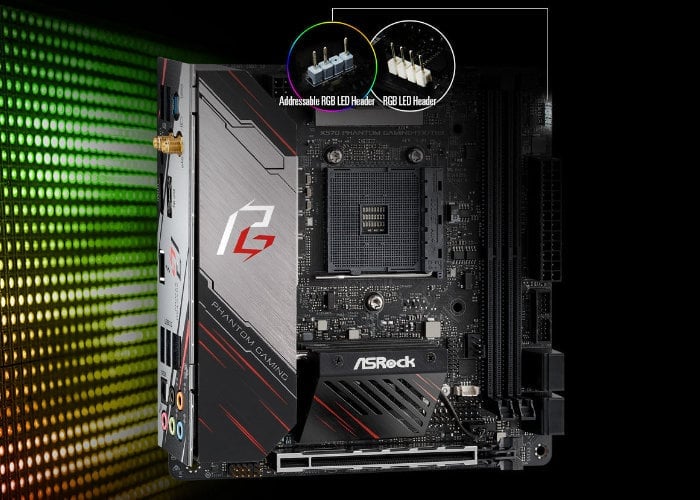 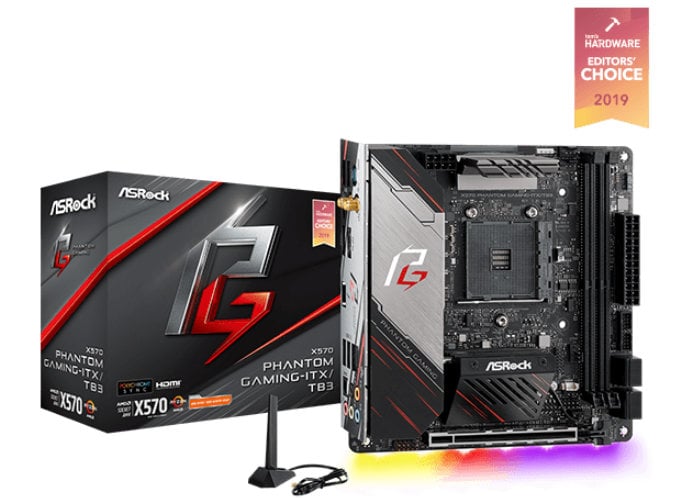 “X570 Phantom Gaming-ITX/TB3 is the high-end Mini-ITX model in the ASRock X570 series motherboard which supports AMD Ryzen 2000 and 3000 series processors with AM4 socket. It is equipped with 10 power phase design (Dr.MOS) which provides completely smooth power delivery to the CPU to offer unmatched overclocking capabilities, and enhanced performance with the lowest temperature for advanced gamers. The key feature of this motherboard, Thunderbolt 3 technology, enables lightning-fast data bandwidth up to 40 Gbps, and can also provide both data and video transmission. Meanwhile, X570 Phantom Gaming-ITX/TB3 can connect up to six Thunderbolt 3 devices such as graphics card, hard disk or monitor simultaneously by means of Daisy Chain technology.”