Following on from the rumour reported earlier this month that GameStop might begin to sell refurbished MacBooks. GameStop has announced this week that they have begun to stock and sell Android tablets at over 1,600 of their U.S. stores. 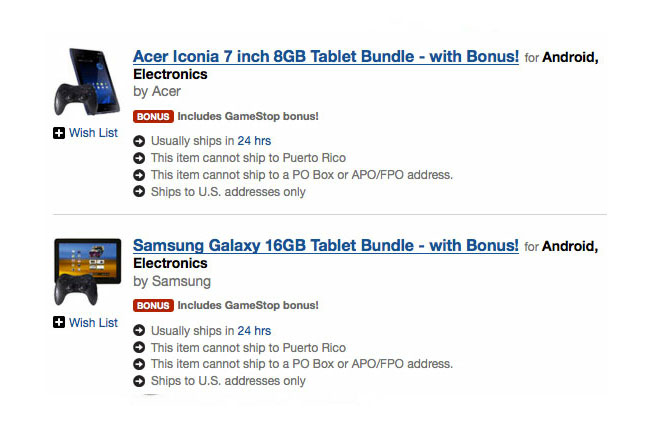 “Android tablets purchased at GameStop come loaded with valuable extras including a hand-picked selection of free games, like Sonic CD and Riptide, the Kongregate Arcade gaming app and a free issue of Game Informer Digital. As with all products sold by GameStop, these items can be purchased with trades of games, consoles and even an old iPod®, iPhone® or iPad®.”