Toshiba’s new Excite 10 inch Android tablet, has now appeared in online stores and is available to purchase from $449 for the 16GB version, with the 32Gb costing $529 and the 64GB priced at $649. 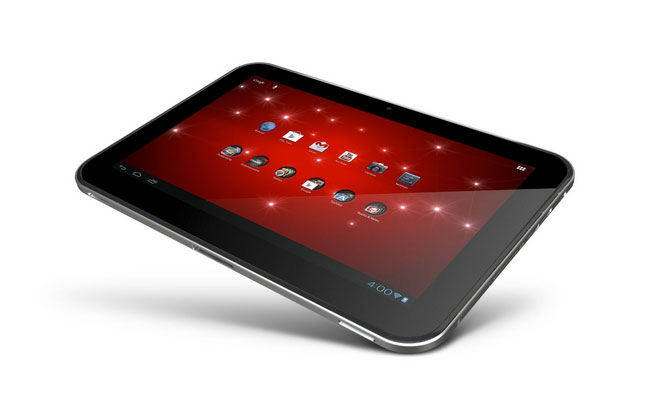 The Toshiba Excite 10 is powered by a NVIDIA Tegra 3 quad-core processor, supported with 1GB RAM and a choice of storage options detailed above. Unfortunately though the latest Toshiba Excite 10 tablet is not equipped with a removable battery, HDMI ports or full sized USB, as on earlier Toshiba tablets.

No information has as yet been released regards the launch of the upcoming Toshiba Excite 7.7″ and 13.3″ tablets. But as soon as information on a launch date comes to light we will keep you updated as always.