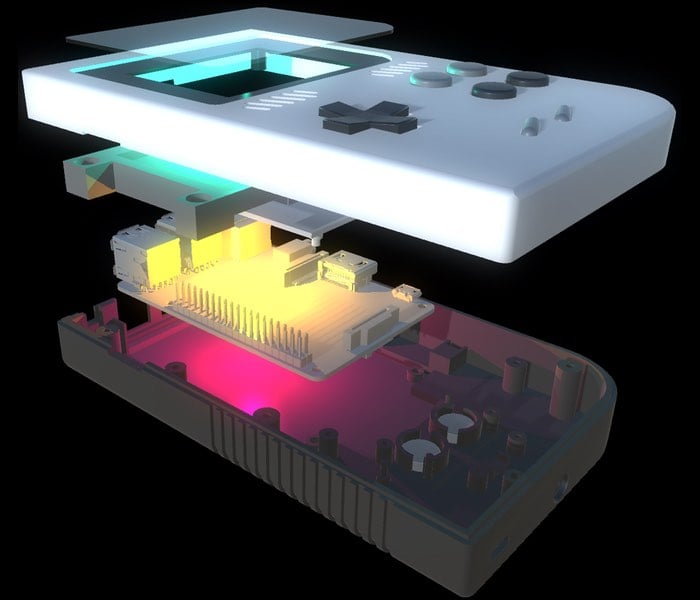 Robot Loves Kitty has taken to Kickstarter to raise $15,000 to help take the GameKid Raspberry Pi powered handheld gaming console into the hands of as many people as possible.

The retro-styled gaming console is available in a number of different reports depending on your requirements and budget from $75. 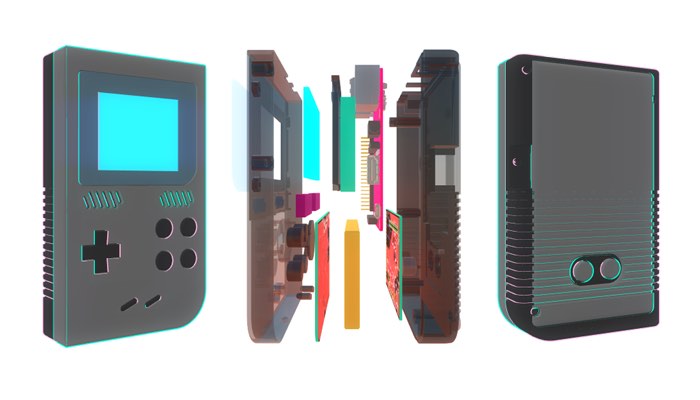 Watch the video below to learn more about the GameKid project.

The GameKid is not built like a fragile modern handheld that tries to jam too many parts into the smallest space possible. It feels like you could run it over with a tank. It’s the same with the controls, nothing flimsy or floaty; our button action is straight out of the 80’s.

Features
• Compatible with Raspberry Pi A+, B+ and 2
• Configured for RetroPie to emulate all your favorite consoles and Pi games.
• D-Pad, 4 Front Buttons, Start/Select/Option, and 2 Trigger buttons
• Built in Stereo Speakers and a Headphone Jack
• 2500mAh Battery (lasts ~5 hours with an A+ Pi), rechargeable by Micro USB port
• HDMI out! Connect to a TV and add USB controllers for a portable multiplayer game console!
• Functional Raspberry Pi mini computer! Just add a mouse and keyboard.