Cascadia Games LLC have created a new style of docking station called the GameDock for your Apple devices, which has been designed to transform your iPad, iPhone or iPod in to a games console complete with retro USB controllers.

The new GameDock is now over on the Kickstarter website looking to raise funds to make the jump from concept to production. Watch the video after the jump to see GameDock in action, and its inventors tai you through their awesome idea. 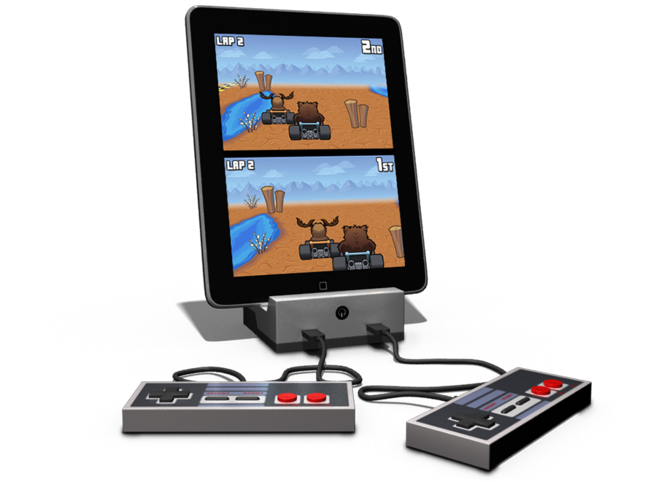 The companion app also allows you to select and change games direct from the included controller, rather than having to pull yourself out of your comfy chair, and touch your Apple device.