Over on the Indiegogo crowd funding website a new Arduino handheld games console has been launched this week in the form of the Gamebuino.

The Gamebuino is a retro-styled portable games console that is based on the Arduino platform and allows you to create and play your very own games. Watch the video after the jump to learn more about the Gamebuino project and see it in action. 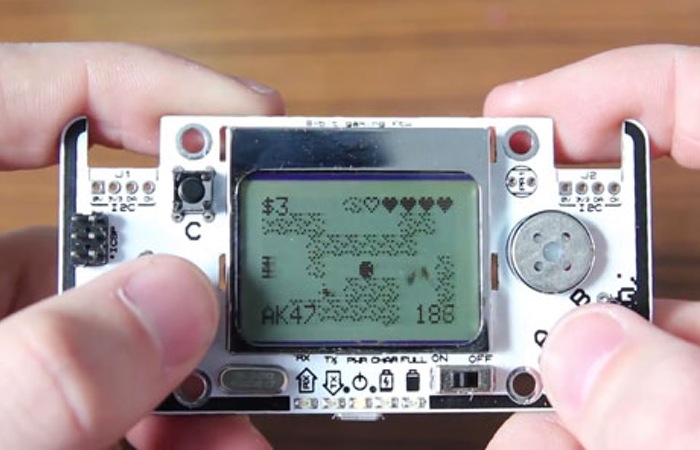 The Gamebuino Arduino games console has been designed so you can easily get started, yet it is powerful enough to make fully-featured 8-bit games and other projects. A Gamebuino library is also available to enable users to get up and running without a delay and start programming games in minutes.

“About one year ago, I made a quick and dirty handheld console over a week end. Since then, a lot of people contacted me to know how to make their own. They had a lot of trouble connecting every part together, and even displaying a picture on the screen was a challenge.

That’s why I’ve been developing Gamebuino: a turnkey solution to start making your own 8-bit games right away, even with very little knowledge about programming. And if you are an advanced user, I have made it open-source and easily hackable and expandable.

The console is shipped ready to run, yet customizable thanks to the extension ports which allow you to add modules (like an accelerometer or wireless communication), or to connect several Gamebuino consoles to play in multiplayer with your mates.”

The Gamebuino project is currently over on the Indiegogo crowd funding website, so if you think Gamebuino is something you could benefit from, visit the Indiegogo website to make a pledge and help Gamebuino become a reality.