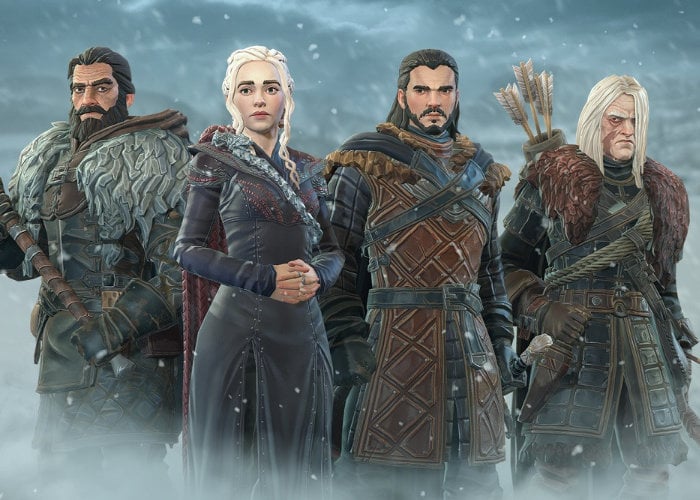 “48 years before the events of the Game of Thrones TV show, Lord Commander Brynden Rivers, better known as “Bloodraven”, disappeared while ranging beyond the Wall. Now it’s your turn to take command of the Night’s Watch.”

– Mobile adventure RPG based on the award-winning HBO series developed by Behaviour Interactive in partnership with GAEA.
– Range beyond the Wall and venture into the immersive world of Westeros anywhere and anytime.
– Play as your favorite characters in a variety of game modes.
– Recruit for the Watch from the Seven Kingdoms and beyond to build your ultimate roster and defend the Wall.
– Master each character’s unique abilities in tactical PvP combat
– Send your ravens far and wide to unlock and upgrade Items, Tactics, Traits, and Abilities in pursuit of perfecting your Night’s Watch roster
– Explore the Haunted Forest in Weirwood Forays in search of ancient knowledge
– Command Rangings where you lead a band of heroes to endure the hazards of the North.
– Recruit characters from around the Known World to guard the realms of men across multiple game modes