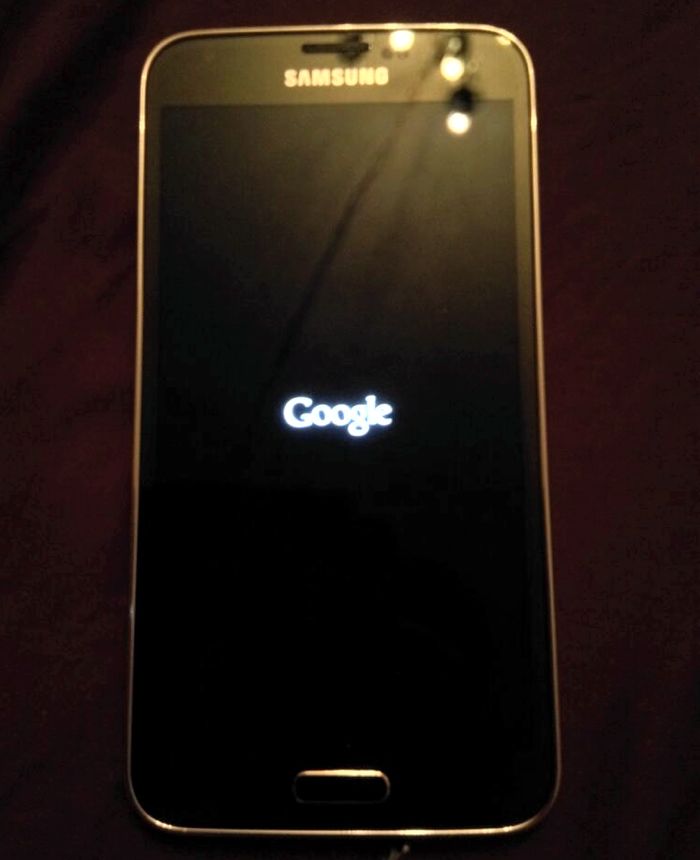 We have already seen some leaked renders of the Samsung Galaxy S5 Google Play Edition, and now a photo of the handset has been posted on Twitter.

We heard in the middle of last month that the Galaxy S5 Google Play Edition had received Bluetooth certification, we are wtill waiting on an official announcement on when it will be available.

The difference between the Galaxy S5 and the Galaxy S5 Google Play edition, is that the Play Edition of the handset will come with stock Android, and wont feature any of Samsung’s apps or their custom TouchWiz UI.

The specifications on the two handset will be the same, which will include a 5.1 inch full HD display with a resolution of 1920 x 1080 pixels.

Under the hood of the Galaxy S5 Play Edition will be a quad core Qualcomm Snapdragon 801 mobile processor, and it will also come with 2GB of RAM and 16GB of built in storage.

The handset will also feature a 2.1 megapixel front facing camera and a 16 megapixel rear camera, plus a 2,800 mAh battery, plus Android Kit Kat, and we suspect it will launch with Android 4.4.3.

As soon as we get some more details on when the Samsung Galaxy S5 Google Play Edition will launch, and also some pricing on the handset we will let you guys know.