The MMO game Star Wars: The Old Republic has been around for a long item now. The game started with lots of players and fanfare, but fizzled out quickly. Things deteriorated to the point that the developers of the game turned it into a free to play title to keep it going. The game is soon getting a new expansion pack for free to play players to enjoy. 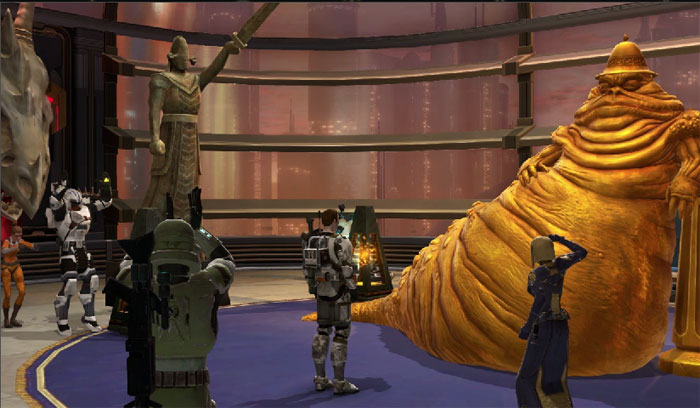 Guild members will also be able to launch their Guild Flagship as a meeting place. These flagships won’t be able to participate in combat of any sort. Players will be able to invite friends to check out their strongholds from any in game location. Preferred Status players can get early access to the expansion on July 29.