The new G-5 Stratocaster guitar is the second to have been created in a partnership between between Roland and Fender, following on from the 2007 VG Strat guitar. The G-5 Stratocaster is equipped with a Composite Object Sound Modeling (COSM) engine, the same technology fitted in the GR-55 Guitar Synthesiser. Watch Alex Hutchings play the G-5 Stratocaster in the video released by Roland after the break. 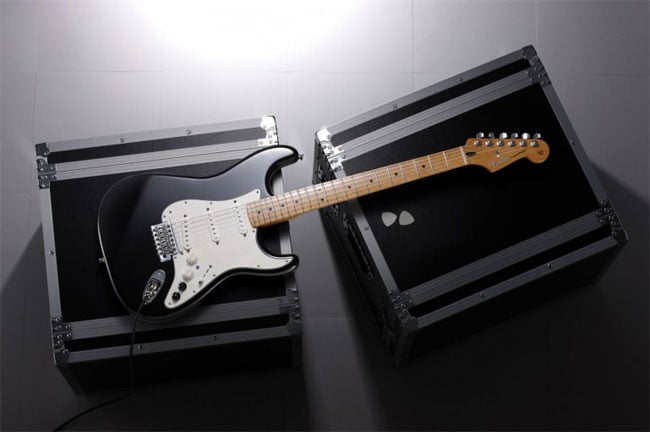 As you play the G-5 Stratocaster guitar there’s a Roland GK-3 Divided Pickup, positioned between the bridge and a “normal” pickup, that transmits the captured signal from each string to the COSM engine for digital processing.

The VG Stratocaster G-5 also offers different pickup and signature model sounds, including a telecaster, an acoustic and a 12-string emulation, and will be exclusively distributed by Roland and is offered with either a rosewood fingerboard for the classic sunburst finish or maple for the black edition.