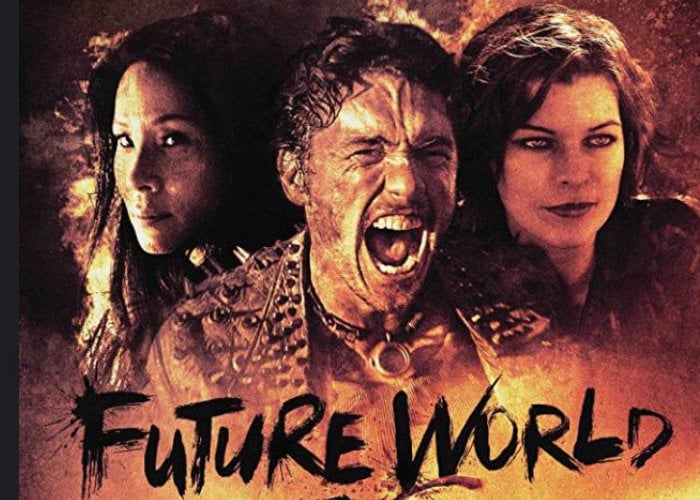 Lionsgate movies have released a new trailer for the upcoming science fiction Future World movie that will be premiering in theatres, on demand and via iTunes next month from May 25th, 2018 onwards. The new movie starring James Franco tells the story of a young boy searching a future world wasteland for a rumoured cure for his dying mother, check out the latest trailer from Lionsgate below for a taste of what you can expect from the characters and storyline.

“In a post-apocalyptic world, where water and gasoline have long since dried-up, a prince from the oasis (one of the last known safe-havens) must venture out to find medicine for the ailing queen (Lucy Liu), but along the way he gets mixed up with the warlord (James Franco) and his robot Ash (Suki Waterhouse), which leads to a daring journey through the desolate wastelands.”